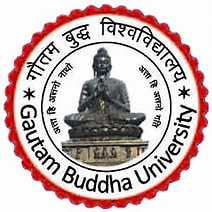 Gautam Buddha University, established by the Uttar Pradesh Act (9) of 2002, commenced its first academic session at its campus at Greater Noida in August 2008. The University is fully funded by the New Okhla Industrial Development Authority (NOIDA) and the Greater Noida Industrial Development Authority (GNIDA), the undertakings of the Government of Uttar Pradesh. The University envisions to become a world class center for excellence in education with a special focus to serve the under privileged and economically challenged sections of the society. The campus and is modeled as a fully residential educational campus in line with the best institutions of higher learning across the globe. The uniqueness of its reputation is acknowledged through the format, content and pedagogy of its programmes and their relevance to the society. The University is recognized by the UGC Act and member of the Association of Indian Universities. Gautam Buddha University is located in Greater Noida, Uttar Pradesh state, a school named after the Buddha and built on a large scale, international stature. The mission of Gautam Buddha University, like all other prestigious universities, is to provide a good learning environment for both those who have little opportunity to study and are disadvantaged.

School of Buddhist Studies and Civilization is a centre of higher learning, working to the highest standards, to provide both traditional and the modern Buddhist Education through teaching, translation, publications and researches. Government of Uttar Pradesh has declared it as the Centre of Excellence in Buddhism and Indian Traditions.

The practise of Yoga originated thousands of years ago in India.